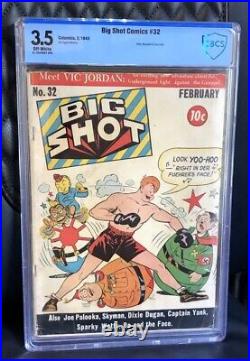 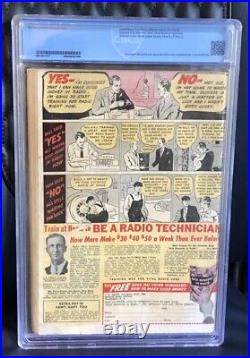 Great cover by golden age legend Ogden Whitney. Book is nearly 80 years old - hard to come by in any condition... While this is a CBCS copy, CGC census only lists 14 total graded copies. Just a tough book to secure... Great add to any collector of Golden Age War books - crazy to think what that time was like...

Case looks good no issues. This item is in the category "Collectibles\Comic Books & Memorabilia\Comics\Comics & Graphic Novels". The seller is "pungocatfish" and is located in this country: US. This item can be shipped to United States.