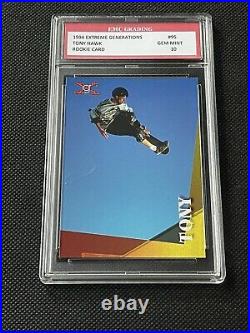 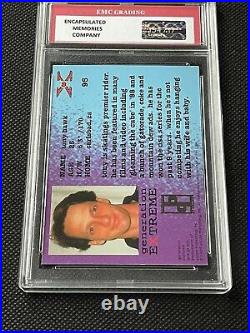 Hi, Thanks for taking a look at my auctions. I hope you're able to find some thing that interests you. My collection consists of over 10,000 raw and graded cards dating back as far as the 60's and spans all the way to modern day and everything in between. Over the next few weeks I will be focused on posting a lot of my graded comic cards from well known companies like PSA, SGC, And BGS, to less known companies like EMC, RGC, CGA, and others. These came from a massive collection I bought a few years back which included Hundreds of not a 1000 graded cards from various companies with EMC being one of them.

They have a similar look to PSA as far as the Label/case style. I have to say that the cards do look very nice in these slabs. In my opinion the grading standards of this company are not up to the same standards as a PSA or Beckett no doubt. For instance I have noticed on some of the slabs the labels or stickers are not perfectly centered.

Some of the slabs might have small spots where you can see the adhesive used to seal the cases as opposed to a larger company like PSA or Beckett which uses an ultrasonic welder to seal their slabs. I can imagine that they are not as critical when I comes to grading the actual card itself as well as the larger companies have high dollar equipment and A.

Technology that small companies most likely cannot afford. All that being said these cards do look very nice and I have them priced in most cases at a fraction of what the same grade a PSA or Beckett would bring. Great starter cards for people getting into the hobby or someone who would want to break these open and resubmit them to one of the larger companies.

Sorry to be so long winded I just want to be crystal clear with you to avoid any misunderstandings. You will be receiving the exact slab from the photos. This item is in the category "Collectibles\Non-Sport Trading Cards\Trading Card Singles". The seller is "nikkicortese_2" and is located in this country: US. This item can be shipped to United States.