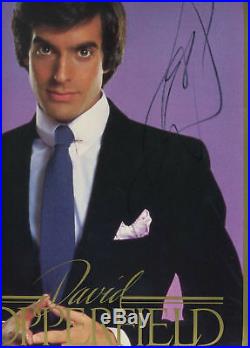 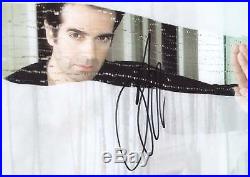 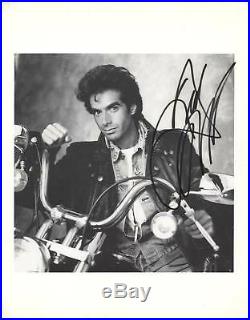 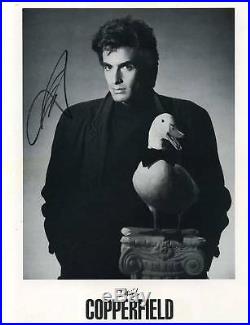 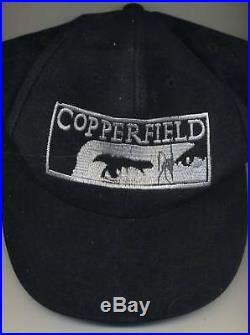 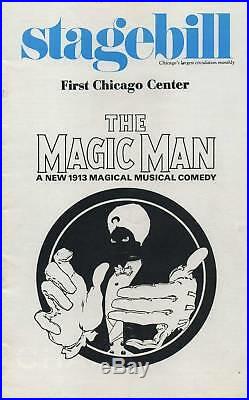 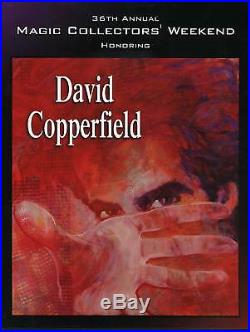 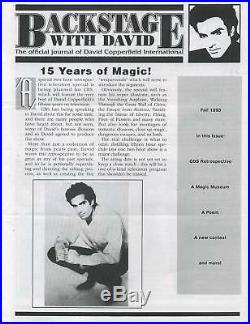 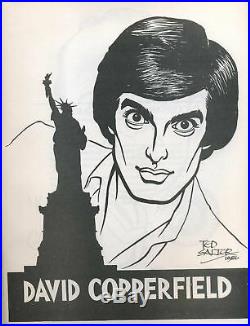 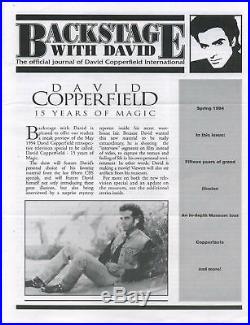 The World's Greatest Living Magician David Copperfield collection of about 130 items including 25+ autographed items, all three of his books signed, some of his earliest flyers, a collection of his programs, tons of clippings, a packed scrapbook, backstage passes, magazines with him on the cover and a hat. This is the ultimate Copperfield collection. It took me decades to put this together.

Cover Television Log March 3-9, 1985; photo of David on the cover with Webster promoting his seventh TV special; entire 16 page issue; size 7 x 10 ¾ in good condition with minor wear. Flyer for The Magic of David Copperfield: Magic for the 90s for show Feb. 20 at Braden Auditorium; size 6 x 9 in good condition with some wear. Photo of him levitating a girl from the Canadian-released movie Terror Train (1980), Davids only movie, 8 x 10 color in good condition.

Collection of three photos of David, all 8 x 10 black and white in good condition, including (1) Photo of him standing in black with legs spread; (2) Color photo of him wearing white collar shirt looking into the camera; (3)Photo of him wearing a sweater, early image. Collection of two holiday postcards 3 1/2 x 5 1/2 color in good condition, with (1) Postcard of him wearing black, with printed holiday greetings on the back from 1993; condition poor with damage to front; (2) Postcard of him peeking through a red curtain, with printed holiday greetings on the back from 1994; condition poor with damage to front. Program from the 36th annual Magic Collectors Weekend honoring David; with six pages of photos from Davids museum; entire 40+ page booklet printed in lush colors on thick paper; David actually hosted private tours of his museum for the small number of lucky attendees of this exclusive event; size 8 1/2 x 11 in great condition. Project Magic collection of 11 items, including Invitation for the Second Annual Superstar Magic Show on Aug. 10, 1985, at the Magic Castle, with printed letter, sign-up card and envelopes; Postcard to sign up for Project Magic from Daniel Freeman Memorial Hospital (May 9, 1983); Printed letter dated June 1, 1994, personally addressed to me Mike Johnson, on letterhead, thanking me for helping Project Magic, with printed signature; 2-page photocopy of a news release about Project Magic from the Daniel Freeman Memorial Hospital; and articles about Project Magic from People Apr. 18, 1983 and Globe Nov. 19, 1985; conditions range from great to fair.

Publication, Backstage With David fan club newsletter, four issues total (Fall 1993, Summer 1993, Summer 1994 and Spring 1994); size 8 1/2 x 11 four pages per issue; interesting content, interview and TV show background; sent to me when I was a member of his fan club; good condition. Publication, transcript of his appearance on the Oprah Winfrey show, Dec.

23, 1993, no photos; condition good but some wear. Caricature from the book Magic Autograph Poster Gallery by Gary Darwin, published by Geno Munari Associates in 1989. This is a cut page in good condition from the book, size about 8 ¼ x 11.

There is a different caricature printed on the back of the page. There is an irregular edge from where the page was cut from the book, but it doesnt affect the image. Collection of 6 covers, including Architectural Digest, Mar. 1995, Architectural Digest visits David Copperfield by Pilar Viladas, David on the cover like a ghost and 13-page article with lots of photos of his rare magic collection and his secret warehouse museum in Las Vegas and his bedroom! , entire 210-page issue in great condition; (2) Forbes, Sep.

27, 1993, Now you see it, now you dont by Lisa Gubernick & Peter Newcomb, David on the cover levitating near a motorcycle with 5-page article with huge photo of David and smaller photos of Houdini, Blackstone, Henning, Penn & Teller and Siegfried & Roy; entire 186-page issue in good condition but some wear and tear on the cover; (3) Esquire, Apr. 1994, Do you believe in magic? David Copperfield and Claudia SchifferTrue love or the ultimate illusion by Bill Zehme, David & Claudia on the cover with a revealing 6-page article and lots of photos about their romance; excellent condition, entire 170-page issue; (4) Center Stage Magazine, Tennessee Performing Arts Center, January-March 2008, small photo of David on the cover with 2 more photos inside and news about his show An Intimate Evening of Grand Illusion, entire 16-page issue in good condition; (5) North County Times TV Times, July 17, 2001, small photo of David on the cover and mention of his TV special The Great Escapes, entire 40-page issue in good condition except for fold; (6) The Linking Ring, Mar.

1993 with David on the cover, International Brotherhood of Magicians with exclusive 8-page interview with Copperfield, entire 172-page issue in good condition but cover shows some wear. Collection of 15 clippings including (1) North County Times Preview, Nov.

17, 1987 show at Symphony Hall, ticket dated May 22, 1984 at Orpheum Theater, backstage pass from Pace Concerts (1987), backstage pass for Oct. 1 Portland show, fan club membership card and membership certificate (unused), flyer for An Intimate Evening of Grand Illusion May 6, 2007 at The Centre, unsigned photo, Got Milk full-page ad, 2 posters, full-page ad for 3. TV special; all items taped onto pages in an attractive display. According to an internet search on Magic Biography, David Copperfield was born Sep.

2009; "The Linking Ring" Mar. He was an actor in the movie Terror Train and the author of books like Beyond Imagination and David Copperfields Tales of the Impossible.

He is the first living magician to have a star on the Hollywood Walk of Fame and the holder of 11 Guinness World Records. Ive seen Davids show several times since the 1980s, and I can tell you its incredible. Every time I go is amazing. Sure, hes probably the best magician touring in the world right now. But theres more to his show.

Its got real soul, and its funny and its thrilling. Ive met David a few times after his shows, and hes always been really nice to me. He even helped out with a project I was working on, to honor our mutual friend Bob Elliott. If you ever get a chance to see David perform, do it. Its the magic show of a lifetime.

And now for the most important question. First, I have high feedback ratings. Your happiness means alot to me. More than a thousand customers have trusted me with their business, and I always deliver the goods.

Second, I guarantee your satisfaction. I love owning magic history, to study it with my own hands. I have a huge inventory too, because I've been cherry-picking items for years. I care about this stuff.

It energizes me and sparks inspiration in my own career as one of the top magicians in California. My name is Magician Michael E. I'm a member of the Magic Castle in Hollywood, also known as the Academy of Magical Arts, and a member of the Society of American Magicians. I served as President of the International Brotherhood of Magicians Ring 76 in San Diego, one of the largest magic clubs in America.

I appreciate the opportunity to sell to you. Please contact me if you have any questions. Here's a special message to my international customers. I really appreciate your business.

I want to make you a special offer. That's right, two items for the price of one. It's my way of thanking international customers for their business.

This offer is only available to international customers. The item "Magician David Copperfield collectibles 130 items big world-class rare archive" is in sale since Friday, November 11, 2016. This item is in the category "Collectibles\Fantasy, Mythical & Magic\Magic\Magician Memorabilia, Ephemera". The seller is "magicianmichael760" and is located in San Marcos, California.