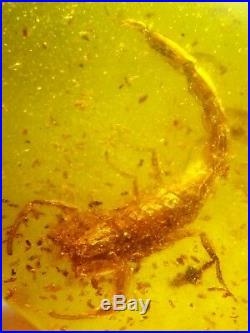 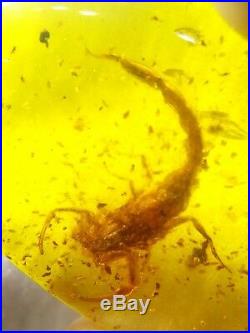 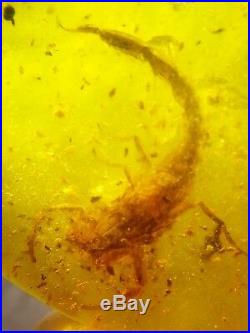 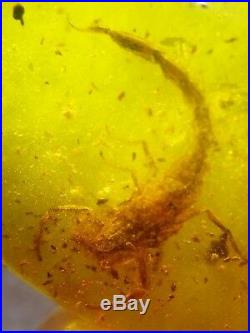 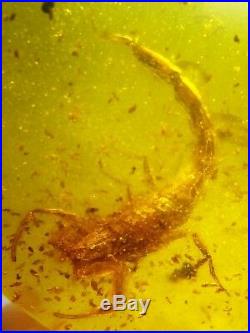 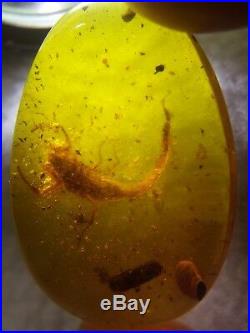 Size of the amber:42. Do not overestimate the size of an amber fossil! All of my amber stock are 100% real and authentic without any treatment. I really don't know the price of this amber in your country.

I just add a little profit according to the cost to maintain our living expenses. I guarantee that the photo provided is not optimized or processed.

Because is not the professional photographer, the picture is not beautiful, but is absolutely true. You are welcome to inquire about all the information about the goods at any time. My English is not very good, and I have limited understanding of amber. Thank you for your trust and patience. My English is not good and I don't know much about amber. If there is any mistake or neglect, please forgive me! I sincerely hope that you can give me trust and advice. If you need to find any amber, you can tell me that I will try my best to provide you with good, cheap amber. Because we need to make a living, children need to get food and education. Be grateful to everyone who trusts and helps us live! Because of the unstable condition over the Hukawng Vally region.

Burmite comes from northern Myanmar (formerly Burma) and the neighbouring countries; it has been mined, as an artistic material, since the time of the Chinese Han dynasty ca. The Chinese called it hu-pe and believed it to contain the soul of a tiger. It was considered a symbol of courage and valour. Over the centuries, the Chinese had a trade monopoly on Burmese amber, it was even referred to as Chinese amber. In 1613, the Portuguese Jesuit Alvarez Semedo was the first European to write about the Burmese amber mines but in the later years there were no further accounts about them. In 1835, Britains Captain Hannay was the first to obtain a permit from the local authorities to visit amber mines in Burma and a year later he described his experiences. But the knowledge about Burmese amber began to flourish owing to the German researcher Fritz Noetling. It was he that described in 1892 how it was mined by means of wooden hoes and bamboo baskets and gave samples from the town of Maingkwan to the Gdask-based pharmacist Otto Helm. Based on his research, Helm found this amber to be different from others that he was familiar with and was the first to call it burmite (1894). Noetling also brought burmite products to Europe (for example earplugs, beads, religious figurines). A heated discussion about the age of burmite began in the early 20th century. Based on insect studies, in 1917 T. Cockerell see Poinar at al. 2008 was the first to suggest that it was a Cretaceous resin although other researchers claimed the Tertiary age of the burmite-bearing rock. Due to the domestic unrest, burmite mines were closed down in 1936. This situation had continued for more than 60 years until 1999, when due to the gradual political change the amber mines were reopened. Initially, they were available only to US and Canadian companies but after the economic sanctions were lifted they also became accessible to international amber researchers and for commercial mining. As a result, the 21st century has brought flourishing research on burmite and a considerable increase in its production. The most interesting discoveries from this period include those made by Lambert and Wu see Poinar et al. 2008, who designated burmite-s parent tree as the araucaria in 2002, while Tappert at al. (2013) described Cupressaceae as its botanical source (see Vávra 2015) and Cruickshank and Kos research (2003) confirmed Crockerells thesis about its Cretaceous origin. Intensified research on Burmese amber is yielding surprising discoveries, for example the finding of the oldest grass fossil or multiple animal inclusions.

IR absorption spectroscopy tests have demonstrated that burmite yields the spectrum of romanite. Outside of Romania and Burma, romanite can also be found for example in Turkey and Sakhalin (Kosmowska-Ceranowicz 2015). Mining Burmite mining is associated mainly with the Hukawang Valley, Kachin Province. The regions best-known mines include: Maingkwan, the largest mine from the colonial times, as well as Tanai and Noije Bum.

Another well-known mine is Inzutzut located 90 km east towards the border with China. Last year, however, a new mining location was reported: Hti Lin, Magway Province. An international team of scientists with Arunas Kleismantas (2015) from Vilnius University reports that about 100 miners (mainly farmers) produce amber from 20-30 shafts across an area of ca. His studies of IR spectra show unequivocally that samples from the Magway Province mine correspond to the samples from the Kachin Province. This gives us hope that present-day Myanmar (Burma) has more as-yet. The beauty of burmite Burmite is a resin which, together with the sediments in which it ended up, had been altered in the mountain range uplift processes under the influence of increased pressure and temperature.

That is why, despite being harder than succinite, in general it is highly cracked internally. This is where the reason for using pressed burmite in China may have come from (Kosmowska-Ceranowicz 2012).

Natural burmite figurines, just as pressed burmite beads, have similar features to succinite: they are easily workable and durable. On polished surfaces of the yellow varieties, the weathering process first shows only through a change in colour which, affected by the air, light and changes in humidity, darkens to become red and shades of brown. If we compare the hardness of burmite (2,5-3) with the hardness of succinite (2-3), which noticeably influences the degree of its workability, a wide range of naturally occurring burmite colours (from yellow, almost transparent to deep red) and the relatively lower price, at least for the time being, competition with succinite seems to be a given.

We also need to remember that burmite has strong cultural and historical roots in the Chinese market and even today indirectly meets the demands of the Eastern markets. The item "Rare 2.5cm big scorpion Burmite Cretaceous Amber fossil dinosaurs era" is in sale since Sunday, March 24, 2019. This item is in the category "Collectibles\Rocks, Fossils & Minerals\Fossils\Arthropods\Insects, Hexapods". The seller is "burmite-home" and is located in .