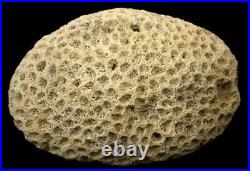 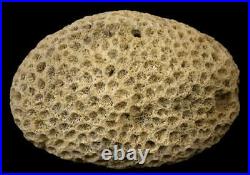 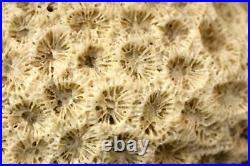 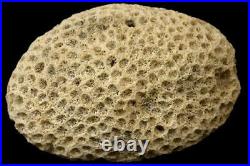 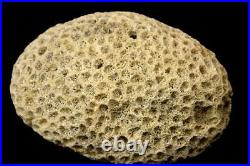 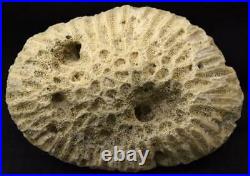 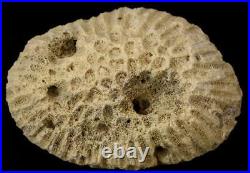 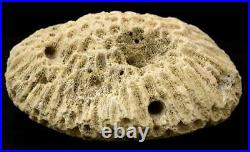 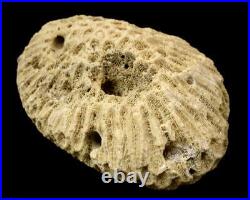 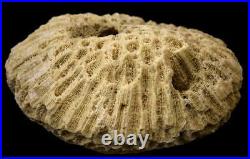 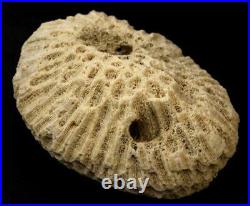 Rare Big Size Dwarka Shila. Dimension : 9 inches 7 inches. The Prahlada Samhita states that a Dvaraka-Shila with more than twelve Chakras is known as Ananta. Dwaraka-Shila-The Brahma Purana states that wherever Shalagrama-Shila and Dvaraka-Shila sitting together are worshipped, certainly salavation or mukti resides there.

In the conversation between Brahma and Narada in the Skanda Purana Brahma says, O Munishvara! Wherever Dwaraka-Shila sits in front of the Shalagrama-Shila every class of opulence goes on increasing unlimitedly. In another place it says that one who daily worships Dvaraka-Shila along with twelve Shalagrama-Shila will be honored even in Vaikuntha-dhama.

It was mentioned earlier that in the Vaishnava tradition, the worship of the Dvararvati-stone (obtained from the Gomati river in Dvaraka) along with the salagrama-stone is considered meritorious, for the latter variety of stones are special forms assumed by Krishna himself. Sacred Adwaitya Sudarshan Chakra Brahmand Trinity Ananta Dwarka Shila is extremely rare exotic and most attractive Brahmand Trinity Ananta Dwarka Shila which has been found rarely. This Shila has uncountable well formed Chakras visible from outside and as per Varaha Purana and Dwarka Mahatmya half of the Chakras which are visible from our side are present inside also.

Since the shape of the Shila is circular, this Shila represents the entire Brahmand (Universe). This powerful Shila has slight upward modulation on the left side, depression in the centre and almost plain surface on the right side periphery hence this represents the Trinity Brahma Vishnu Mahesh.

This Maha Vishnu Dwarka Shila is very exotic, immensely powerful and extremely protective in nature. This Dwarka Shila will bless the devotee with logitivity, fearless life, diginity, status and Vaikuntha like environment where there will eternal bliss and all through happiness. The devotee becomes invinsible and most resoected person in the society, his legal cases are solved at very high speed and where ever he puts his hands he reaps gold and success.

As per Brahma Purana the worshipper of Dwarka Shilas along with Shaligrama Shilas bestows the devotee with liberation, opulence, gives one respect equal to Lord Indra, brings religious thinking, economic development, worldly comforts, all sorts of enjoyment, remove the fear of birth and death, will give one beauty and wealth, gives fame and a continuation of one's dynasty, kingship, lordship, gives sons, grandsons, wealth, power, peace, extreme protection and Vaikuntha Dhama. Where Trinity stays, Mother Goddess Shakti also comes and stays with all her consorts. So the devotee is also blessed with immense wealth and wordly comforts. He spends his life in doing austerities and philanthropic activities.

Besides enjoying all facets of life the worshipper remains detached and achieves Salvation. This item is in the category "Collectibles\Religion & Spirituality\Hinduism\Other Hinduism Collectibles". The seller is "rudrakshguruhimanshu" and is located in this country: IN.