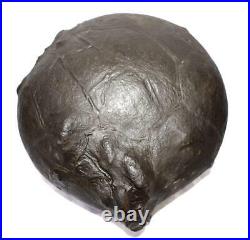 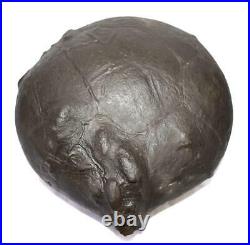 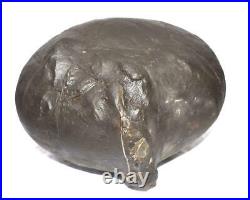 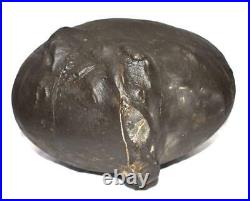 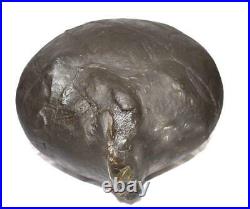 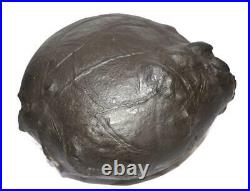 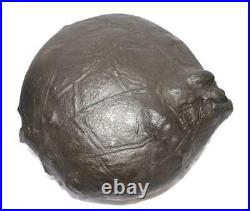 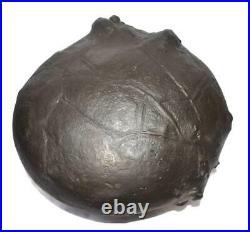 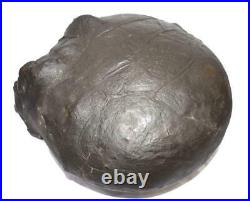 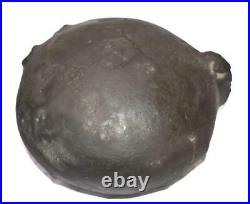 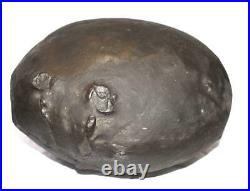 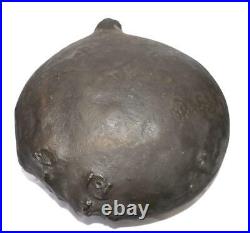 Shape like a Tortoise shell, Kurma Like Face, hump back, Bright color, Tortoise like Marks on all of his body. Dimension : 11 inches 11 inches. Shaligram having tortoise like face, hump back, bright color is known as. Shaligram having rope and goad sign; blue color; raised back; is known as. Kurma was the second Avatar of Vishnu, occurred in Satya yuga. Purana scripture indicates that the sage Durvasa had given a garland to Indra, the king of Gods. Indra placed the garland around his elephant, but the animal trampled it, insulting the sage. Durvasa then cursed the gods to lose their immortality, strength, and divine powers. After losing the kingdom of heaven, they approached Vishnu for help. He advised that they drink the nectar of immortality to regain their glory. To obtain it, they needed to churn the ocean of milk, a body of water so large they needed Mount Mandara as the churning staff, and the serpent Vasuki as the churning rope. The Devas were not strong enough to churn on their own, and declared peace with their foes, the Asuras, to enlist their help. Finally, Mount Mandara churned, but the force was so great the mountain began to sink into the ocean of milk.

Taking the form of the turtle Kurma by lord vishnu, Vishnu bore the mountain on his back as they churned the waters. Fourteen precious things arose from the turbulent ocean, culminating with Dhanvantari, the physician of the gods, who brought with him the nectar of immortality. The Asuras immediately took the nectar, and quarreled amongst themselves.

Vishnu then manifested himself as the beautiful Mohini and tricked the Asuras to retrieve the potion, which he then distributed to the Devas. Though the Asuras realize the trick, it was too late the Devas had regained their powers, and were then able to defeat their foes. The worshipper of this Shaligram gets immense perseverance, strong will power, patience, wealth and happiness in his life.

He gets support of one and all, in accomplishing his works successfully. The Kurma Shaligram also works as a shield against all evil forces and gives immense protection to the worshipper.

The Shila is extremely beautiful, medium large sized, radiating with brilliance, immensely auspicious, bestows extreme protection and emitting extremely high energy levels. The Kurma brings immense stability and rock solid standing in the world in the worshipper's hand and since Kurma is a water animal would bring immense flow of wealth as well. This Shila will ensure extreme protection, immense prosperity and tremendous peace in the entire place.

The Shila is extremely beautiful, medium large sized, radiating with brilliance, immensely auspicious and emitting extremely high energy. This item is in the category "Collectibles\Religion & Spirituality\Hinduism\Other Hinduism Collectibles". The seller is "rudrakshguruhimanshu" and is located in this country: IN.