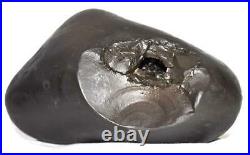 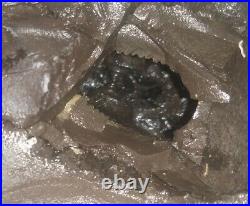 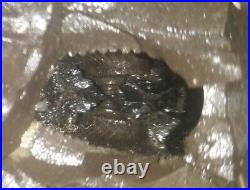 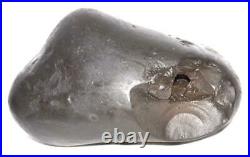 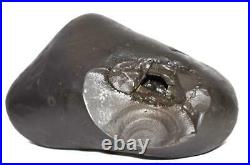 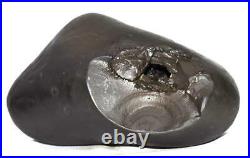 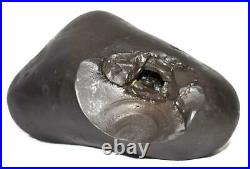 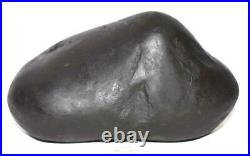 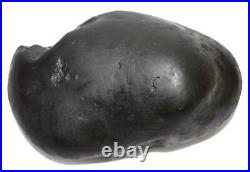 Shaligram having brownish yellow hue; blue black color; elongated body; big opening; raised backside; left side chakra; golden lines; boar shape; 1 opening - 2 chakras, is known as. If with vanamala then known as. Varaha (Sanskrit:"Boar") is the avatar of the Hindu god Vishnu in form of a boar, succeeding Kurma and preceding Narasimha.

Varaha is listed as third in the Dashavatara, the ten principal avatars of Vishnu. When the demon Hiranyaksha stole the earth (personified as the goddess Bhudevi) and hid her in the primordial waters, Vishnu appeared as Varaha to rescue her.

Varaha slew the demon and retrieved the Earth from the ocean, lifting it on his tusks, and restored Bhudevi to her place in the universe. Varaha may be depicted completely as a boar or in an anthropomorphic form, with a boar's head and human body. His consort, Bhudevi, the earth, is often depicted as a young woman, lifted by Varaha. The earth may be depicted as a mass of land too. Varaha or the Boar incarnation of Vishnu is the third incarnation of the Lord Vishnu.

He killed the demon Hiranyaksha, recovered the stolen Veda's and released the Earth from the bottom of the ocean. In the Vishnu Purana, Varaha represents yajna (sacrifice), as the eternal upholder of the earth. His feet represent the Vedas(scriptures). His tusks represent sacrificial stakes. His mouth is the altar with tongue of sacrificial fire.

The hair on his head denotes the sacrificial grass. The eyes represent the day and the night. The head represents the seat of the Brahmin (priest). The mane represents the hymns of the Vedas. His nostrils are for oblation.

His joints represent the various ceremonies. The ears are said to indicate rites (voluntary and obligatory).

Thus, Varaha is the embodiment of the Supreme Being who brings order amidst chaos in the world by his sacrifice. Varaha symbolizes the resurrection of the earth from a pralaya (dissolution of the universe) and the establishment of a new kalpa (aeon). Symbolism also attributes that evolution from water could relate to the geological phenomenon of the tectonic age.

It could also represent the rescue of earth from "false cults". Varaha Dev Shilla Is highly recommended for Student's. Lakshmi Varaha Shila will bestow the devotee with great protection against enemity, occult and evil forces. Laxmi Varaha Shila will also bestow tremendous stability to the environment and worshipper will emerge out to be victorious in all fields, personal life as well as professional life. The worshipper of this Shaligram gets immense protection and occult / black magic does not work on him.

Worshipper is bestowed with good health, knowledge. He gets worldly comforts and peaceful environment through out his life.

The worshipper will emerge out to victorious in all fields, whether personal life or professional life. This item is in the category "Collectibles\Religion & Spirituality\Hinduism\Other Hinduism Collectibles". The seller is "rudrakshguruhimanshu" and is located in this country: IN.