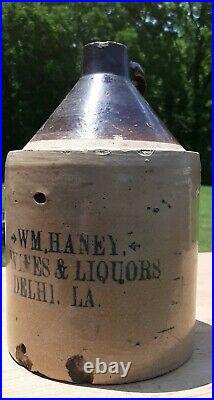 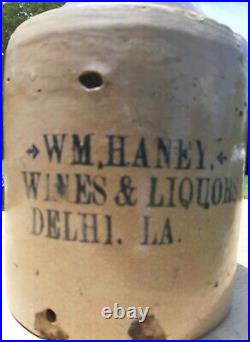 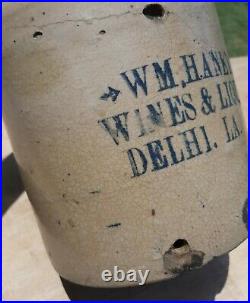 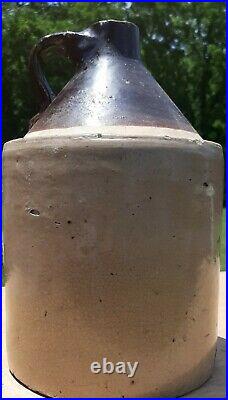 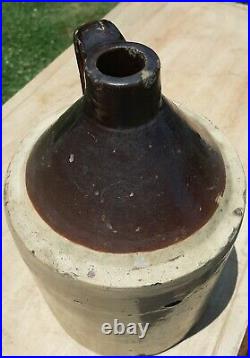 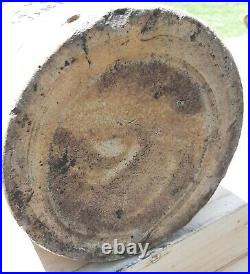 Extremely rare piece of African American whiskey history. Believed to have came from William Haney. Any questions please feel free to ask. Dont miss this one of a kind piece of history.

William Haney and Haney's Big House. William Haney was a twentieth-century African American businessman in Ferriday, Louisiana, who operated Haney's Big House, a café, bar, and nightclub that showcased Black artists from across the South, including performers such as Ray Charles, Redd Foxx, and B. Born July 2, 1895, in nearby Vidalia to Jim and Emmaline Haney, Haney worked as a truck driver before entering the Army when he was twenty-one years old.

He rose to the rank of first sergeant and was part of Company E, 805th Pioneer Infantry. He served in France until returning to the United States in 1919 on the transport vessel the USS Zeppelin. After the war, Haney and his wife, Lillie, had one daughter.

His African American customer base was so large that he dealt exclusively with the company's top officials. During periods of flooding in the 1930s and 1940s, many of Haney's policyholders were unable to work and could not pay their premiums. Haney traveled to New Orleans and demanded that company officials keep the policies in force until his customers regained their financial footing.

Haney also owned rental property and town lots, operated a laundromat, and in the 1930s opened a popular barbecue joint in Ferriday along Highway 84, the main thoroughfare through town. The business was housed in a simple structure with a dirt floor.

Later, with the construction of a wood floor, barroom, and a nightclub with a dance floor, his operation became known as Haney's Big House. Haney's also became a popular gambling place with slot machines and high-stakes poker games.

Players from as far away as Texas and West Memphis bet thousands of dollars at the poker tables at Haney's. Sometimes he joined the games. Haney hired bouncers at times, but was able to handle any trouble himself. At five foot eleven, he was not an imposing figure but commanded respect and almost always was in a serious frame of mind.

During the early years of operation, Haney's Big House became part of the Chitlin' Circuit, which provided touring African American artists with venues in which to perform. However, this presented Haney with a problem unique to Black Americans. In the segregated South, white motel owners would not house African Americans, so in the 1940s Haney built his own motel behind the big house.

Over the years, performers such as Little Milton, Solomon Burke, Roy Brown, Big Joe Turner, Irma Thomas, and Johnnie Taylor performed in Ferriday. Their live boogie, blues, and R&B drew so many fans that they spilled out onto the street. Some patrons rode a bus to Haney's, which also housed a bus station, with a ticket counter just inside the front door.

Ferriday rock-and-roll legend Jerry Lee Lewis kept up with the artists playing at Haney's in the "Among the Colored" column in the Ferriday newspaper, the Concordia Sentinel. Lewis told Billboard Magazine in 1958 that as a teen he and his first cousin, future evangelist Jimmy Swaggart, would stand on the sidewalk outside Haney's listening to the performers before returning home to recreate the music on the piano. From the 1940s to the 1960s, Haney and Frank Morris were the two most successful Black businessmen in Ferriday. Morris's shoe shop was a block and half from Haney's Big House. Both men placed advertisements in the Concordia Sentinel for two decades, with Haney promoting his barbecue business and Morris his shoe repair and other services. In 1964, Klansmen torched the shoe shop. Morris, who was inside the building at the time of the arson, died four days later.

No one was ever arrested in the case. Two years later, Haney's Big House was destroyed by fire, an incident firemen attributed to a faulty ice machine. But the Black community in Ferriday felt Haney was targeted by Klan arsonists who believed Haney was housing civil rights workers in his motel.

Haney chose not to rebuild. Haney's contribution to the blues is denoted with an interpretative marker in Ferriday as part of the Blues Trail: Mississippi to Louisiana. Haney died in 1972 and is buried in Natchez National Cemetery.

The seller is "millantique60" and is located in Bell Buckle, Tennessee. This item can be shipped to United States.