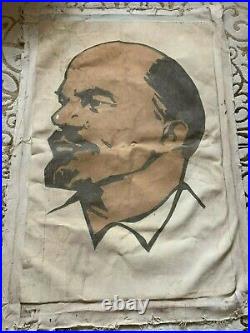 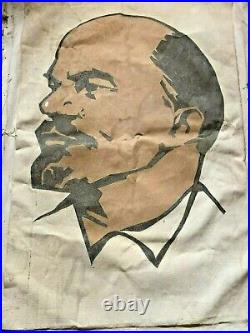 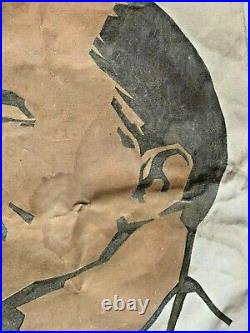 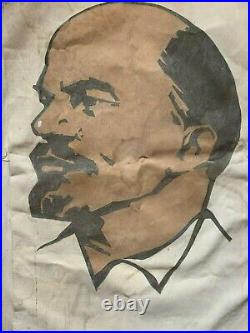 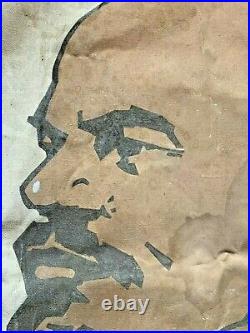 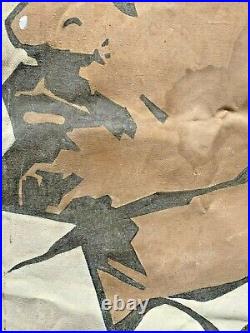 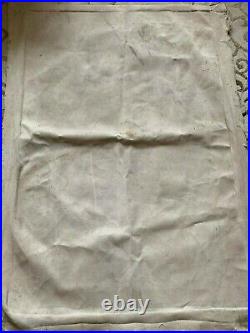 USSR Banner of Lenin Soviet Rare Big Picture LENIN 96x130 Lenin Portrait. The image of Lenin applied to the tarpaulin. It was taken from the communist office. I did not try to restore, I'm afraid to spoil it. Vladimir Lenin is the great leader of the working people of the whole world, who is considered the most prominent politician in world history who created the first socialist state.

The Russian communist theoretical philosopher, who continued the work of Marx and Engels, whose activities were widely deployed at the beginning of the 20th century, is of public interest today, since its historical role is notable for weighty significance not only for Russia, but for the whole world. Lenin's activity has both positive and negative evaluations, which does not prevent the founder of the USSR from remaining the leading revolutionary in world history.

Order will be cancelled beyond. (up to 40 days for US, Canada, Australia). However, we will try our best to minimize it. I will provide you service as best as we can, cause the feedback and is what we are striving for. If you need any specific product - write me a personal message.

I will be glad to help him find it. Wish you a good day and good shopping! This item is in the category "Collectibles\Historical Memorabilia\Political\Rest of the World\Russia". The seller is "koba4k" and is located in this country: UA. This item can be shipped worldwide.